Our Mission Statement is simple.

Have some downtime during Youmacon? Want to meet new people over a game of Munchkin? Want to relive your childhood with some classic games like Jenga or Monopoly? Join us in TableTop located in the Ambassador Ballroom at the Detroit RenCen.

Since 2003, we at the Tabletop Gaming Library have been working diligently to provide for our attendees the finest tabletop game room available. Currently, our library contains over 500 tabletop titles. From family favorites to Kickstarter® Exclusives, from Origin Award® Winners to games that have been featured on Wil Wheaton’s Tabletop®, audiences are guaranteed to find something that should interest them. Our knowledgeable staff comes with decades of combined tabletop gaming experience that we utilize to introduce games to new players.

Not only do we have Table Top Games but we also have Paint n Take, Coloring Stations and Collectable Card Games with Drop in Tournaments and a play to win library with games provided by various publishers. We also have an extensive raffle of various prizes from different game companies you can win. (You don’t have to be present to win just claim your winning prize before 4 PM Sunday).

Our schedule is located in the Attendify App. Please download the app from the App Store on your mobile device.

Not only does TableTop have a huge collection of Table Top Games but we also have multiple vendors inside the room.

Come by and visit our Table Top Vendors and browse the large selection of games and collectible card games.

Specializing in Magic the Gathering, Pokemon TCG, YuGiOh, and Dungeons and Dragons.

We also stock plenty of board games, trade paperbacks, POP! figures, and plush. 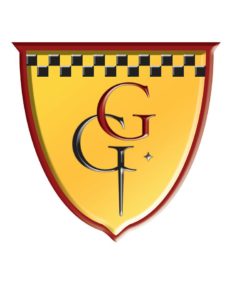 Future Wars is a North Oakland based mobile retailer supporting South East Michigan conventions, such as Midwest Media Expo, Michicon, Youmacon, and Wintercon. Located within the Board Gaming area, Future Wars prides itself in offering free demos, sponsoring Star Realms and King of Tokyo tournaments, as well as stocking a diverse range of products from dice, cards, and boardgames (including some imports). 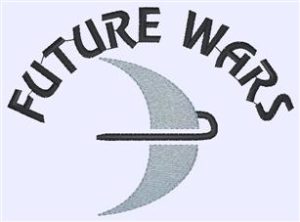 Japanime Games is dedicated to bringing you the finest games from Japan and beyond! It’s Japanime Games’ goal to import and translate the best games from Asia and bring them to a wider audience. Our games feature some of the finest art that can be found along with engaging gameplay and quality components. Such games include Demon Worker, Dragon Pets, Dynamite Nurse, Love Battle! High School, Love Formula and many more.

Galatune is an anime battle tabletop card game set on the fantasy planet of Lyra. The United World Government maintains peace and prosperity through the monopoly of advanced ancient technologies, but utopia comes at a steep cost. Will you join with the government to protect unity, or will you join the rebels and fight for freedom and independence?

Steve Jackson Games was founded in 1980 by (no surprise here) Steve Jackson. They now publish books, games, and magazines for game fans.

Their best-known games include Munchkin, the irreverent game of dungeon crawling; Zombie Dice, the fast-paced game of brain-eating; GURPS, the “Generic Universal RolePlaying System”; OGRE, the classic simulation of future war; Car Wars, about battle on the highways; INWO, the trading card game of world domination; and the original Illuminati game on which INWO was based. They have released a lot of other games, too . . . too many to list right here

NOM is an indie development studio bringing a fresh, new take on table top games! Nomnivore Games cares about making ambitious games and telling stories that challenge gamers’ expectations and immerse them in rich, nuanced worlds that reflect the diversity and complexity of our own. 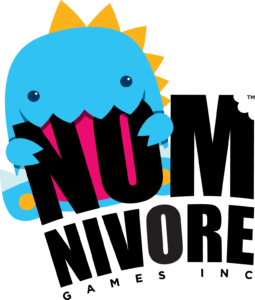 We are excited to announce the TCG Tournament Schedule for Youmacon 2018. The following game systems are included in the schedule:

Currently, our library contains over 500 tabletop titles. From family favorites to Kickstarter® Exclusives, from Origin Award® Winners to games that have been featured on Wil Wheaton’s Tabletop®, audiences are guaranteed to find something that should interest them.